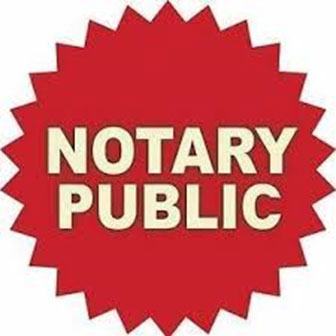 A qualified Notary Public in Ontario can do more than just witness oaths, they can also certify copies of documents to be true copies of an original. At times, they may be called in at establish that the oath, affirmation or declaration that they witness was genuine and the signature of the declarant was true.

When witnessing an oath, the Notary Public must hold themselves liable and accountable if it is not done in accordance with the federal law in Ontario. To contact a qualified Notary Public to have an oath witness, call Paragon Legal today to book an appointment.

Furthermore, the Criminal Code of Canada makes it an indictable offence which is punishable by up to 2 years in prison to sign an oath, affidavit or declaration that was not sworn before the person certified to witness it. The notary public must only witness an oath sworn before them.

There is also a certain manner in which the oath must be witnessed and this is set out in the Commissioners for Taking Affidavits Act. This Act also sets out the fines and punishments involved in improperly administering an oath or witnessing it as a commissioner.

Witnessing an oath is simple once the following steps are followed:

It should be noted that the declarant must be in the presence of the commissioner of oaths in order for it to be duly administered or sworn to. Otherwise, an organization may refuse to accept such an oath as not being genuine and sworn to correctly. 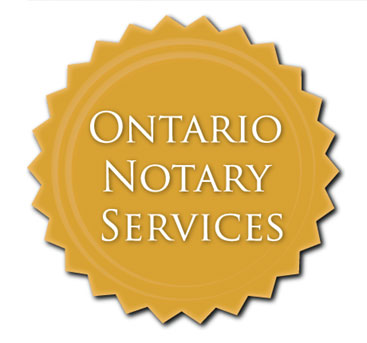 According to the provincial government, clients should be encouraged to make in-person swearing of oaths and commissioners should also be partial to witnessing oaths that are sworn in person before them.

To have an oath witness or to swear to an affidavit, contact Paragon Notary to book an appointment with a certified Notary Public today.

VISITOR SPONSORSHIP FOR A SPOUSE OR FAMILY MEMBER IN CANADA

THE PURPOSE OF AN AFFIDAVIT

We take your privacy seriously. This policy describes what personal information we collect and how we use it.

All web servers track basic information about their visitors. This information includes, but is not limited to, IP addresses, browser details, timestamps and referring pages. None of this information can personally identify specific visitors to this site. The information is tracked for routine administration and maintenance purposes, and lets me know what pages and information are useful and helpful to visitors.

Where necessary, this site uses cookies to store information about a visitor's preferences and history in order to better serve the visitor and/or present the visitor with customized content.

Advertising partners and other third parties may also use cookies, scripts and/or web beacons to track visitors to our site in order to display advertisements and other useful information. Such tracking is done directly by the third parties through their own servers and is subject to their own privacy policies.

Note that you can change your browser settings to disable cookies if you have privacy concerns. Disabling cookies for all sites is not recommended as it may interfere with your use of some sites. The best option is to disable or enable cookies on a per-site basis. Consult your browser documentation for instructions on how to block cookies and other tracking mechanisms.